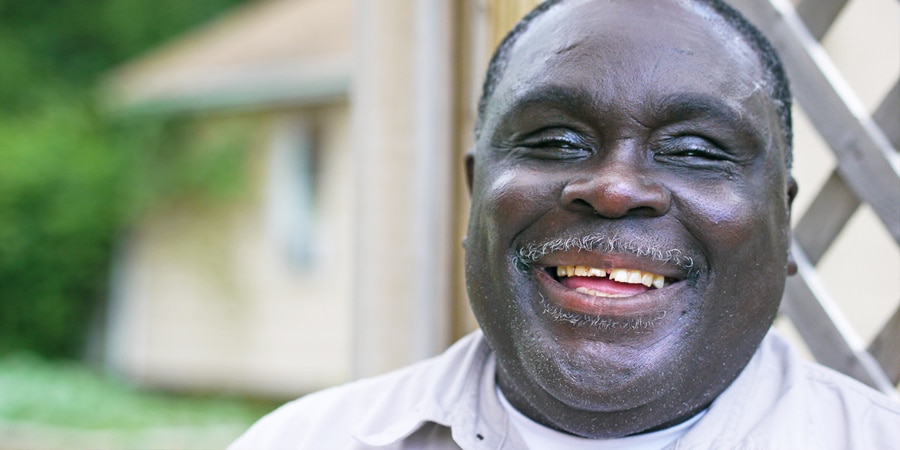 John, a 73-year-old veteran, took a bus from a nearby community to Syracuse for a doctor’s appointment for some serious health issues. When he arrived late one January night, he had nowhere to stay. He came to the Rescue Mission’s emergency shelter, and says that without it, he would have slept on the streets in winter.

"Within an hour, I had a bed, a shower, and they even got me a meal after hours"

John grew up on a farm in South Carolina and was never able to graduate from high school. “Times were very hard,” he says of his childhood. “I had to get out of school to work to help my family. We grew up on a farm picking cotton.”

When John was just 17, he was so eager to serve his country that he enlisted as an 18-year-old during the Vietnam War. Unfortunately, he sustained a serious back injury during his first year of training as a load master for the Air Force and he had to be honorably discharged. “The part that hurt the most was that I had to leave. That hurt more than the injury,” John recalls.

John eventually moved to Upstate New York, where he was able to earn a living in landscaping, until his health no longer allowed it.

When he was homeless and in need of medical care, John says the Rescue Mission provided vital connections to veterans’ healthcare and housing resources, and food and shelter until he could move into veteran housing. John says he sees his time at the Rescue Mission this way: “God is good. I’m a man of faith. I know God fixed it for me to come to this place.”

Now that he has a home, John hopes to finish something that’s been on his mind for years. He wants to earn his GED, since he never had the chance to complete high school.

Give the gift of help. Your support can help provide new beginnings every day for men and women, like John.