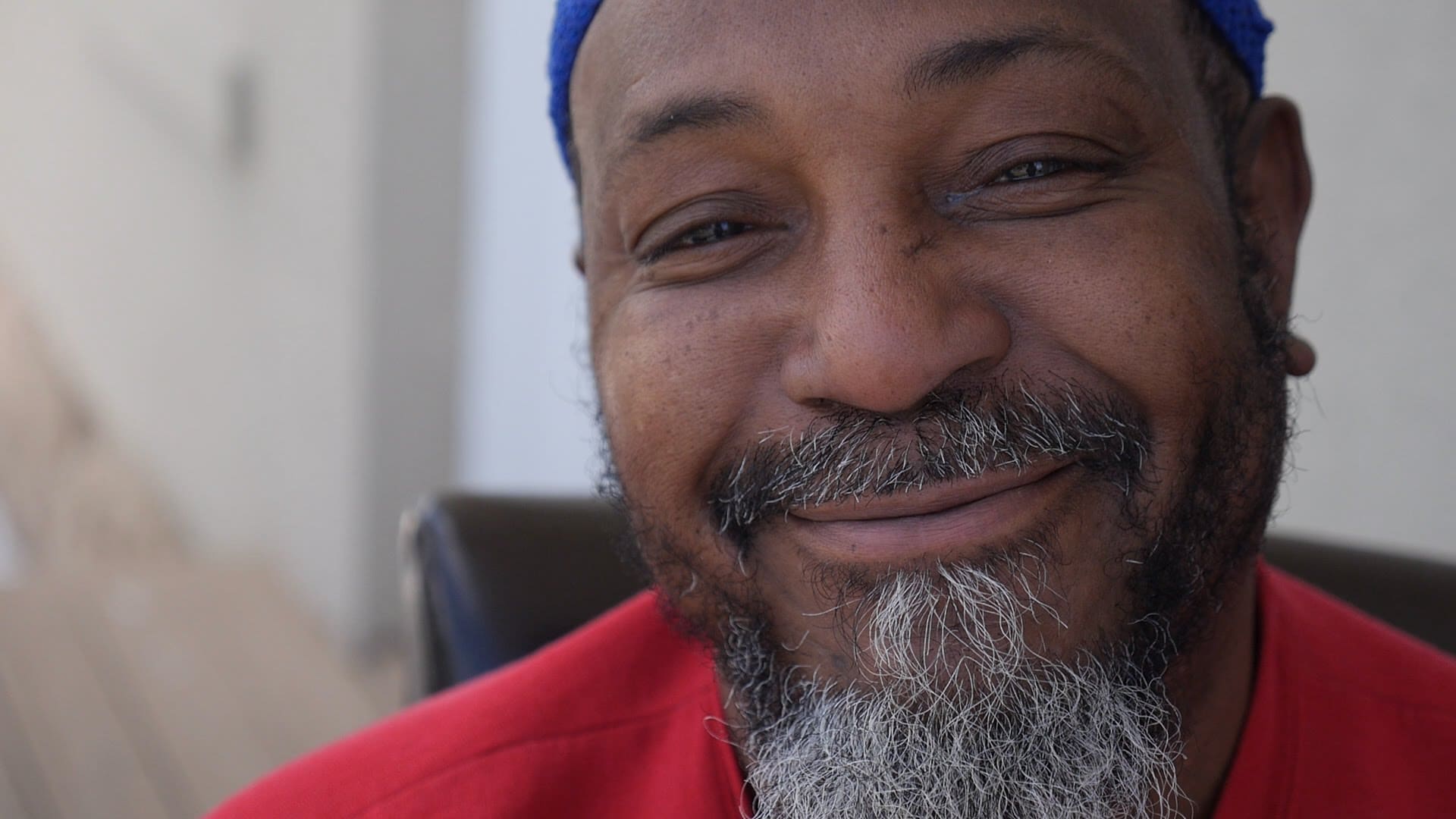 A New Life with Love

Douglas shares an apartment with his mother at the four-unit Niagara Street residence that the Rescue Mission opened in December 2014. The phone rings frequently, as his eight brothers and two sisters call to check in and share news. “They call every day,” Douglas says.

Douglas doesn’t take these calls for granted. For 21 years, he was incarcerated. He says his ability to stay in close touch with his family, and to live with his mother, is the most important part of his freedom and the new life he is building. “We can’t get back the time we missed, but it’s a new beginning,” he says. This Fourth of July, Douglas and his mother held a family reunion in the back yard with his siblings and their families. Some he hadn’t seen for years; some he met for the first time.

Douglas describes his mother, Yvonne, as the love of his life. (He affectionately calls her “Moms.”) They shop together, watch movies, cook together and support one another. Their home and their ability to spend time together is thanks to the grace of God, Douglas says.

When he was released from prison, Douglas had no place to live. He stayed with a friend in Syracuse until he was no longer welcome, then he turned to the Rescue Mission’s emergency shelter. “I was praying, asking God, ‘I know you didn’t bring me this far in my life without a plan,’” he recalls.

"I know that God has worked in my life. It wasn’t a coincidence that He sent me to the Rescue Mission."

During his stay at the shelter, “my primary focus was I had to get me a place for me and my Moms,” Douglas says. “I went to all the places I needed to go, and saw all the people I needed to see.”

When the opportunity opened up for him to secure the two-bedroom unit at Niagara Street, Douglas did not hesitate. The residence, purchased and restored with support from Eastern Hills Bible Church, removes typical barriers to housing, such as a deposit requirement. Donors also helped furnish the home, and mother and son share the cost of the affordable rent.

The apartment’s floors shine and the living area is tidy. “We take care of it just like this was actually ours,” Douglas says. “It’s been a blessing.”

Douglas says it’s important for him to demonstrate to those in prison that they can succeed after release.

"I know I’m still representing them with the things I am doing. All I needed was one chance. The Mission actually gave me a chance to prove myself."

Give the gift of help.
You can put love into action by helping people like Douglas, today.